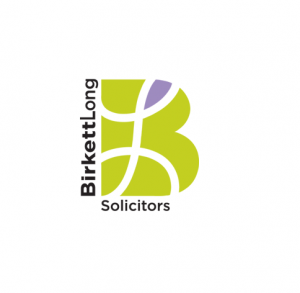 Birkett Long is delighted to announce that Carla Jones has joined its dispute resolution team as an Associate Solicitor.
Carla qualified as a solicitor eight years ago and has since gained a broad range of litigation experience encompassing debt recovery, contractual disputes (such as breach of confidence and restrictive covenants), property disputes, shareholder/director and partnership disputes, and defamation. She has particular expertise in breach of directors’ duties, civil fraud and professional negligence.

As well as her legal work, as a team leader Carla will also supervise, support and grow the dispute resolution team in Birkett Long’s Colchester office.

Carla studied history at King’s College London before completing the Graduate Diploma in Law and the Legal Practice Course at the College of Law (now known as the University of Law).

Her first role was as a paralegal in the Chelmsford-based firm where she had trained and this gave her a solid grounding in debt recovery, housing and employment law.

But within her first year as a solicitor she discovered that she preferred the contentious side of law and took up a role in a Basildon firm, working in dispute resolution within their commercial litigation team. After three years she was promoted to Associate Solicitor.

Carla said: “I believe my strengths lie in getting to the heart of a dispute and I’m an advocate of alternative dispute resolution, especially mediation. I give my clients practical, succinct and clear advice and I strive to provide them with a strategy from the outset.”

On what attracted her to Birkett Long, she said: “It’s a very friendly firm and has a great reputation across Essex, both in terms of its legal prowess and as an employer.”

Outside of work, Carla’s two children take up most of her time. However, she’s a big fan of a city break; she loves nothing more than immersing herself in a new destination, exploring everything it has to offer and in particular learning about its history.

Birkett Long is delighted to announce that it has recruited solicitor, Jacqui McGuirk, into its Dispute Resolution team.
Jacqui will be assisting both businesses and individuals with resolving conflict and has a particular interest in property litigation. Jacqui prides herself on listening to her clients’ needs, being practical, and finding commercial solutions.

Jacqui qualified as a solicitor in April 2018 through the ‘equivalent means’ route. She worked as a paralegal alongside her LPC studies, working equivalent to a trainee, in different teams. She then completed a portfolio of evidence which she sent to the Solicitors Regulation Authority to say her work as a paralegal was equivalent to a trainee, this went through 2 – 3 assessors before being approved, allowing her to go straight to qualification.

Prior to joining the firm, Jacqui worked at a law firm in Basildon as part of the commercial litigation team. On why she chose Birkett Long, Jacqui said: “Birkett Long is well-regarded and steeped in tradition, whilst also being forward thinking. It is an exciting time to work at the firm.”

In her spare time, Jacqui enjoys hiking at weekends and completed the National Three Peaks last summer and is hoping to complete the Yorkshire Three Peaks this summer.

Birkett Long is delighted to welcome new IT Director, David Bennett.
David will be responsible for the support and ongoing development of the firm’s information technology.

David graduated from Essex University with a BSc in Physics. He said: “After realising that the only useful things a physics graduate could do were to work in the nuclear industry or be an accountant, I fell into a career in IT. Sadly, I was too short to become an astronaut so I applied to Marconi Radar in Chelmsford as a computer programmer.”

David has a dual claim to fame: he was one of the first ever users of the internet whilst at Marconi Radar and later in his career he headed up the first ever cloud migration performed in the legal industry.

Throughout his career David has successfully defined and implemented IT strategies for firms in the UK, Europe and Africa, supporting operational and development activities across IT, Human Resources, Finance, Marketing and Business Support.

David has a diverse background gained with large, medium and small professional service firms nationally and globally. With 35 years of experience and a proven track record of defining and deploying transformational projects and programmes, David has been able to improve the infrastructure and operational procedures of some of the top international accounting and law firms.

One of David’s most memorable experiences came during the period he worked as an IT consultant for a company in Lusaka, when he took on the challenge of swimming at the top of Victoria falls – literally feet from the edge! Nowadays he indulges in less daring pastimes: he loves cooking and eating out and has an eclectic appreciation for music and London musicals.

On why he applied to Birkett Long David said: “I chose Birkett Long because I liked the balance of ambition, friendliness and sense of community that was evident from the moment I stepped through the door. Everyone I have met so far has been welcoming and friendly, and really made me feel at home.”

David is an avid supporter and sponsor of Cardiac Risk in the Young (CRY) a charity that aims to prevent sudden cardiac deaths through awareness, screening and research, and supports affected families.

Birkett Long is delighted to announce that Philip Hoddell will be taking over the role of Chairman from 1 June 2022.
Philip takes over from Kurt Goddard, who has held the position since June 2019 and is stepping down from the Partnership, but remaining with the firm as a consultant.

The designation of Chairman came about in the 2000s. Previously, the role of Senior Partner was one with responsibility for the wellbeing of the Partnership and the wider firm, and would typically be filled by an experienced Partner with a good profile who could represent the firm externally, as well as acting as a sounding board/listening ear to the Managing Partner. The Chairman focuses on some similar responsibilities, as well as chairing meetings of the Operations Board and Partnership.

Philip, a Partner since 1994, was a natural choice, having been with the firm and at the heart of the local community for a monumental 35 years.

His successful legal career was launched when, as a teenager at a careers meeting at college, he was advised to consider law. This led to Philip studying Law and Politics at Cardiff University and, after a gap year travelling around Australia, he attended Law College in Chester.

His journey to qualifying as a solicitor was launched when he relocated to Essex with his future wife and wrote to the two biggest firms in the area in search of a job. Smith, Morton & Long offered him a trainee position and his journey with the firm began.

Following two years of training, Philip qualified as a solicitor in 1989. He has seen many changes to the law firm over the years including the rebranding from Smith, Morton & Long to Birkett Long in 1995 and, more recently, significant growth and modernisation.

As an RFU-accredited former coach at Colchester Rugby Club for over 10 years and a friend of the Mercury Theatre, Philip enjoys being at the heart of, and giving back to, the local community.

Philip’s vision is for a continued evolution of the Chairman’s role, keeping the firm’s purpose at the heart of his priorities. He said: “I am very much looking forward to taking over the role of Chairman at Birkett Long. I started life here in 1987 as a trainee solicitor (then known as an articled clerk) having been the first generation of my family to go to university. I will always be grateful for the opportunities that I have been given, and to those before me who have given me guidance and advice. I intend to help ensure that future colleagues are, in turn, given as much opportunity as possible. Birkett Long aims to be here for the good of our clients, our colleagues and our communities, and I am very excited about my chance to continue to play a significant part in the firm’s future development.”

Former Chairman, Kurt Goddard, said: “It has been a privilege to have been Chairman of Birkett Long for the last three years. Despite difficult circumstances for our Partners and staff in that time, the firm has prospered and grown and we are so privileged to have the amazing team that we do. I am delighted to hand over the role to Philip Hoddell who will no doubt oversee yet further progress for Birkett Long.”

Birkett Long is here for good. It’s not just about knowing the law. It’s also about the impact we have on businesses and our communities. Birkett Long has offices in Chelmsford, Colchester and Basildon. It provides a wide range of legal and independent financial services for business including corporate and commercial advice, regulatory law, dispute resolution, education, insolvency, intellectual property and employment and for individuals: wills and conveyancing, family law, independent financial advice and dispute resolution.