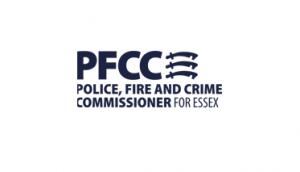 However, there is still more to be done as Essex is ranked as the third worst county in the UK when it comes to counting the cost.

From theft that affects rural businesses, to cruel and illegal crimes that threaten our wildlife, and environmental crimes that put our countryside in danger, Crimestoppers will be showing you what to look out for so that if you see something suspicious you have the power to speak up.

Head to its campaign page to learn more and to talk to the charity about what you know. They promise to keep you 100% anonymous. Always.

You can also report to Essex Police. Call 101 or go online but in an emergency always use 999.

Essex County Fire and Rescue Service has launched a summer safety campaign and part of its campaign is to contact every caravan site in Essex this summer to offer fire safety advice to holidaymakers and residents.

The campaign was designed following a tragic fatal fire at a caravan site in Clacton on May 31, 2021 where a woman lost her life.

Firefighters from Canvey Island Fire Station have spent the last six weeks visiting residents at three caravan parks - Kings Park Village, Thorney Bay and Sandy Bay - to give safety advice to residents, a large number of which are elderly and vulnerable residents.

Watch Manager Dan Trendell from Canvey Island Fire Station said: “We’ve got three large caravan parks in Canvey Island and we’ve been working closely with each park’s management over the last few weeks to give safety advice to around 4,000 residents, many of them are elderly and vulnerable. Our biggest advice is to have working smoke alarms in your caravan, these need to be tested regularly to ensure they alert you to a fire."

Speaking about the recruitment process, Roger said: “We need to make sure that the public in Essex are getting the best possible fire and rescue service – it’s what our public expects and deserves. This means we need a service that continues to drive down the number of incidents, has effective and efficient prevention, protection and response activities in place, works well within communities and with their partners and is transparent, open and accessible, as well as being a great place to work.

“We now seek an inspirational, progressive and experienced Chief Executive/Chief Fire Officer to lead the direction and the provision of an efficient and effective management strategy that ensures service delivery of the key objectives of the Authority. We need a leader who can continue to deliver our high standards of operational delivery, while also engaging positively with the unions, and working collaboratively with Essex Police.

“With ECFRS in a stronger, more resilient place than ever, this is an exciting time to lead one of the biggest fire and rescue services in the country.”

Jack, 18, is a Fire Cadet at Great Baddow Fire Station and was working at a Tesco store in Chelmsford on 13th March when he was made aware of a man lying in the road outside having been taken ill.

He explains: “I was made aware of a man lying in the road outside the store having been taken ill. The training I’ve received as a Fire Cadet kicked in and I rushed out to help the man."

To improve and maintain this high standard, we recognise the importance of truly listening to victims, acting upon feedback they are comfortable sharing and informing them when their voice has made a difference.

To honour this and in line with the relaunched Victims’ Code, Essex Police have started a Victims’ Feedback Panel initiative, supported by our partners from commissioned victim support services.

Working together to keep rural communities safe
A new campaign to support the farming community in Uttlesford has got underway in Debden and Wimbish.

The Uttlesford Community Safety Partnership (CSP) initiative – called ‘Reaching our rural communities’ – aims to reach every farm across the district over the next 12 months. It will see members of the partnership, which includes members of the Community Policing Team, carrying out visits to land and farm owners to provide wellbeing, crime prevention and fire safety advice.

As a partnership, the strategic goal of the V&V Partnership is to reduce serious violence, the harm it causes, and to safeguard those at risk (relating to county lines, gangs and knife crime). The partnership recognise that local organisations and groups are at the forefront of some amazing work that takes place to address these issues and the new grant wants to further support this work.

The money will go towards rolling out already successful perpetrator change programmes across Essex, such as the Change Hub, as well as funding awareness campaigns to help people recognise what harmful behaviour is and how they can get support to change.

The Essex Cyber Resilience Centre board plays a key role in providing governance, direction, and oversight of the progress the cyber resilience centre is making.

They're targeting children across all economic, ethnic and social backgrounds. Any child is a potential target. They groom them online, or when children are out with their friends.

Make sure you know the signs to spot: seethesigns.org.uk

Deputy PFCC Signs Up to Race at Work Charter
Deputy Police, Fire and Crime Commissioner Jane Gardner and Essex Police Chief Constable, BJ Harrington have signed the Race at Work Charter, demonstrating that they stand united with all communities across Essex.

The race at Work Charter is a commitment to ensure that ethnic minority employees are represented at all levels of Essex Police and the Police, Fire & Crime Commissioner’s office.

The charter comprises five calls to action including, but not limited to, appointing an Executive Sponsor for race, commit at board level to zero tolerance of harassment and bullying and, take action that supports ethnic minority career progression. These are aligned with Essex Police’s Diversity & Inclusion Strategy and demonstrates the Service’s determination to be an inclusive service of Policing excellence for everyone.

Steve was commended for his dedication and professionalism during the investigation into the attack in Epping in which the victim was stabbed 15 times in his head, neck, back and face and left with life-changing injuries.