Reindeer on the runway at London Southend Airport 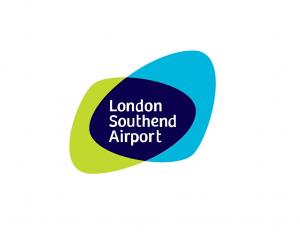 On Thursday10th December 2020 over fifty ‘reindeer’ took to London Southend Airport’s runway yesterday braving cold temperatures to raise vital funds for local charities. A combination of airport employees and members of the public joined together in this once in a lifetime opportunity, each issued with official antlers on arrival. Every participant completed the return lap of the runway totalling 4km and with donations at £2,500 the airport has reached 50% of its overall target.

Glyn Jones, CEO London Southend Airport, ‘After a lot of support and interest from members of the public when we did the summer runway event raising over £7K for the NHS, we wanted to find another opportunity to host a runway event where more participants could get involved. The annual Santa flights were unfortunately cancelled due to Covid and so the airport team got creative to raise vital funds for local charities in another way.’

Finding the positives in this challenging time is essential. The airport is a key part of the community and several initiatives have been launched, from #bearhugs and the poppy display to food donations via Age Concern and NHS care packages.

Usually an event on the runway itself would be impossible due to flight movements, however with passenger flights on hold until Friday 18th December, a small window opened up between cargo flights, Stobart Jet Centre movements, aircraft maintenance and GA traffic. The airport team wanted to ensure that all could apply to participate regardless of ability, so  applicants were placed into four teams, Dasher, Rudolph, Comet and Blitzen, which also allowed for social distancing throughout.

Glyn continues, ‘Whilst it may not sound a huge distance, for the many non-runners standing on the tarmac it really was a long way. The airfield is open to the elements so in the middle of winter it is hats – or antlers – off to everyone who achieved the target and returned with a smile.’

Sir David Amess MP for Southend West, 'I would like to congratulate Southend Airport on their imaginative use of the runway to raise money for local charities. Due to the current restrictions it has been very difficult for volunteers to get involved in the usual Christmas fundraising events, but I am sure everyone had great fun despite the chilly weather. Many thanks to everyone involved in the organisation of the event and congratulations to everyone who took part. The charities that benefit from the proceeds will be very grateful for the extra funds which will allow them to continue supporting local residents.'

The team have set up a Just Giving page for support and sponsorship – www.justgiving.com/crowdfunding/londonsouthendairport – all proceeds will be donated to local charities.